Dr. Natalia Russo is the principal at PS 145. This is her 5th year as principal, and she has been with the New York City Department of Education since 2001. She brought us to her building in 2013, and thanks to a grant by Goldman Sachs Assets Management, we were able to provide our flagship program to both PS 145 and West Prep Academy Middle School. Dr. Russo is one of our strongest advocates – her support for our programs is instrumental, and has helped us to pilot our initiatives such as nutrition education and cafeteria branding. We are grateful to the school for always keeping their doors wide open for Wellness in the Schools, and we are honored to feature Dr. Russo as a WITS Warrior. 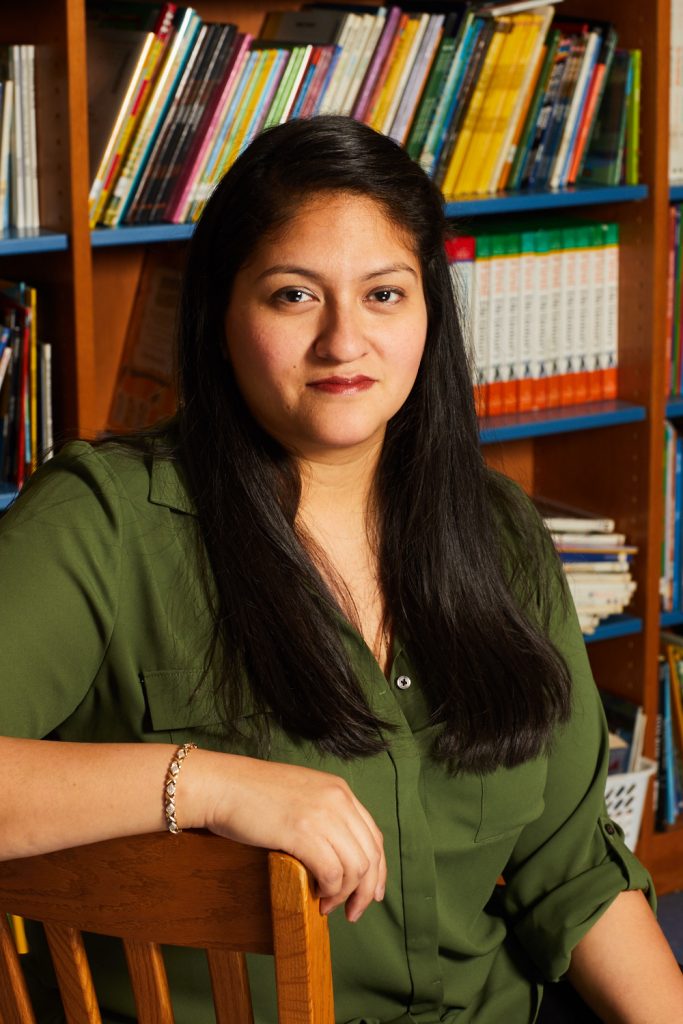 “I came to PS 145 in the middle of October 2013, and one of the things Cidalia Costa, the Magnet Specialist from our co-located school West Prep Academy, first brought up to me was that she wanted to bring WITS to the school. We just jumped on this immediately. It’s been really great just giving kids the opportunity to be creative, to learn about healthy eating and lifestyles. And in the first year WITS was here, we changed from the processed menu to the alternative menu. It was all just perfect timing. At first, I thought I’d get pushback from the kids with the changed cafeteria food, but they really do love it. WITS has been a key part in the turnaround of the school – they give kids a more well-rounded awareness of what life is about. It’s not just about reading and writing, but about all these other aspects of life; we have to take care of ourselves mentally, physically, and emotionally, and a lot of that stems from nutrition. And WITS really helps make school what it is meant to be – a fun learning environment.” 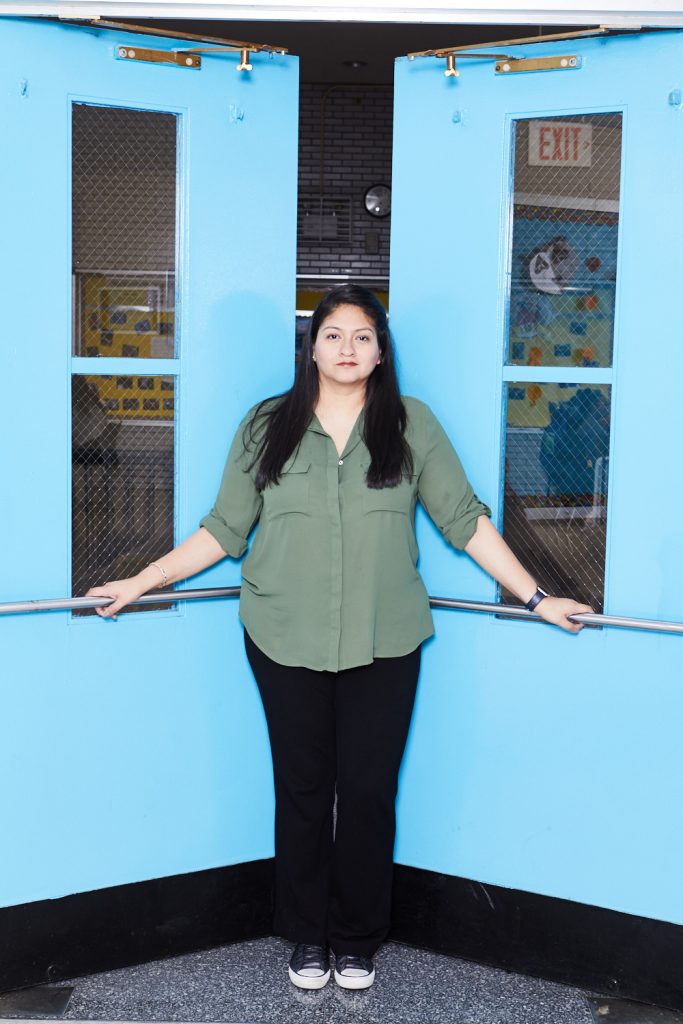 “When I graduated from college, I went and got a job in investment banking, but it didn’t really do it for me. I ended up in teaching because of my brother – he was a science and math teacher, and the principal at his school needed a teacher. I was offered and accepted a job at MS 44. During the first 90 seconds that I was in front of the class of seventh graders – I don’t know, there was just something about it. I knew that the classroom was where I was supposed to be. After a couple of years in middle school, I ended up in an elementary school, PS 166, where I met an Assistant Principal who would eventually make me his AP when he became Principal. That’s how I stumbled into administration. Someone gave me an opportunity. I’ve always worked in District 3. This is the neighborhood I grew up in. After working as an AP in District 3 for several years, I spent some time working at Central for the Teacher Recruitment and Quality Office. While working at Central, I was eventually tapped to come into this school to take the helm of PS 145 in 2013.”

“When I saw some of the lunches, I was so shocked at the stuff they’d give to kids. The hamburger patties were awful, and those processed chicken nuggets! I saw kids coming in with Doritos for breakfast, and those huge cans of Arizona iced teas. I just felt so privileged to have had access to so much physical fitness and proper nutrition while growing up. I just needed to give that opportunity to the kids because they may not have the same opportunities that I was afforded. And that’s why WITS is so important to me. This whole school is kind of a reflection of who I am. It’s not purposeful – it’s just all I know.”

“The work is intense, but I just take it one day at a time. I believe in what I am doing. A big part of me is driven by the fact that not all children have the same opportunities. I could have gone here, to this school. I was just so lucky with my parents, and all my teachers. If I can give these students a slight shot of feeling like they can succeed – that thought is what keeps me going. Just knowing that somewhere down the line, a child might not have been exposed to something had I not been here.”

“Sports and nutrition have always been a big part of my life, even as a kid. At the school I went to growing up, I never was served processed food. I remember early in the morning, I would smell the food cooking in the cafeteria, and that was just normal for me. And at home, my family and I never really went out to dinner. We weren’t exactly wealthy – parents worked 2 jobs, money was not a luxury, and we might go out to eat once every 6 months. Home-cooked meals were always just a staple for us, and my mom was always very conscious of not cooking things that were unhealthy. It’s just the way I was wired. And I was always involved in sports, like volleyball, basketball, and track. Physical fitness has been a part of my life since I could remember, and that’s just something I thought all kids had. When I started working in the public school system, I was surprised to see that kids didn’t get Physical Education every day.

“I first learned about WITS at PS 84, when I was an assistant principal there. They had just introduced the program to the school, and I remember falling in love with the program. This whole concept of kids actually cooking, the labs, the importance of nutrition and fitness and leading healthy lifestyles – I thought it was very progressive for a public school. I remember thinking, ‘If I’m ever a principal, I’d definitely call on WITS!’ The program, along with our other after-school programs and extracurricular activities, have changed the culture of the school so much. Students are engaged, and there are so many opportunities for them to express themselves. It’s been a very significant turn-around.”

“This past September, I was out sick for a week, but during that time we had our first “Dads Take your Child to School” day. Fathers were given the chance to participate in the WITS labs. When I came back to work, one father stopped me and said, “Oh my gosh, my kids always told me how much fun they have during WITS labs and I never really understood it, but to actually be there with Chef Katie and cooking with my kid was amazing!” A lot of fathers said similar things to me. And it really helped validate what we do, and the WITS program here. Many of our parents don’t normally have the time to come to instructional events. So it was pretty cool to have WITS be one of the things that impressed them the most while they were here.”

“My favorite part of the WITS programs would have to be the WITS Labs and the Cafe Days. Our partner, Henry Rinehart (owner of Henry’s Restaurant), has been awesome. He’s really tried to hit all the stakeholders in the school. He works with students, and also helps feed our volunteers and teachers. This year, his focus has also been on parents. We’re trying to get parents to come into the school so we can teach them how to create healthy meals. It’s a lot of fun – the team from Henry’s comes in in their chef coats and the kids just get so excited, and are inspired to take ownership of the whole cooking process during the labs. The labs and cafe days really are an amazing experience for the kids, and they look forward to every single one. I just would never get rid of WITS. There’s no reason to ever do away with the program.  WITS should be in every single school.”

“If I could tell one thing to the students, it would be to just figure out what they like. The happiest people in life are those who do what they actually enjoy. Try as many things as possible in life, so you can figure out what you like. I want them to always think that they should work where they want to work, not where they have to work.”

All photos taken by Melanie Dunea.