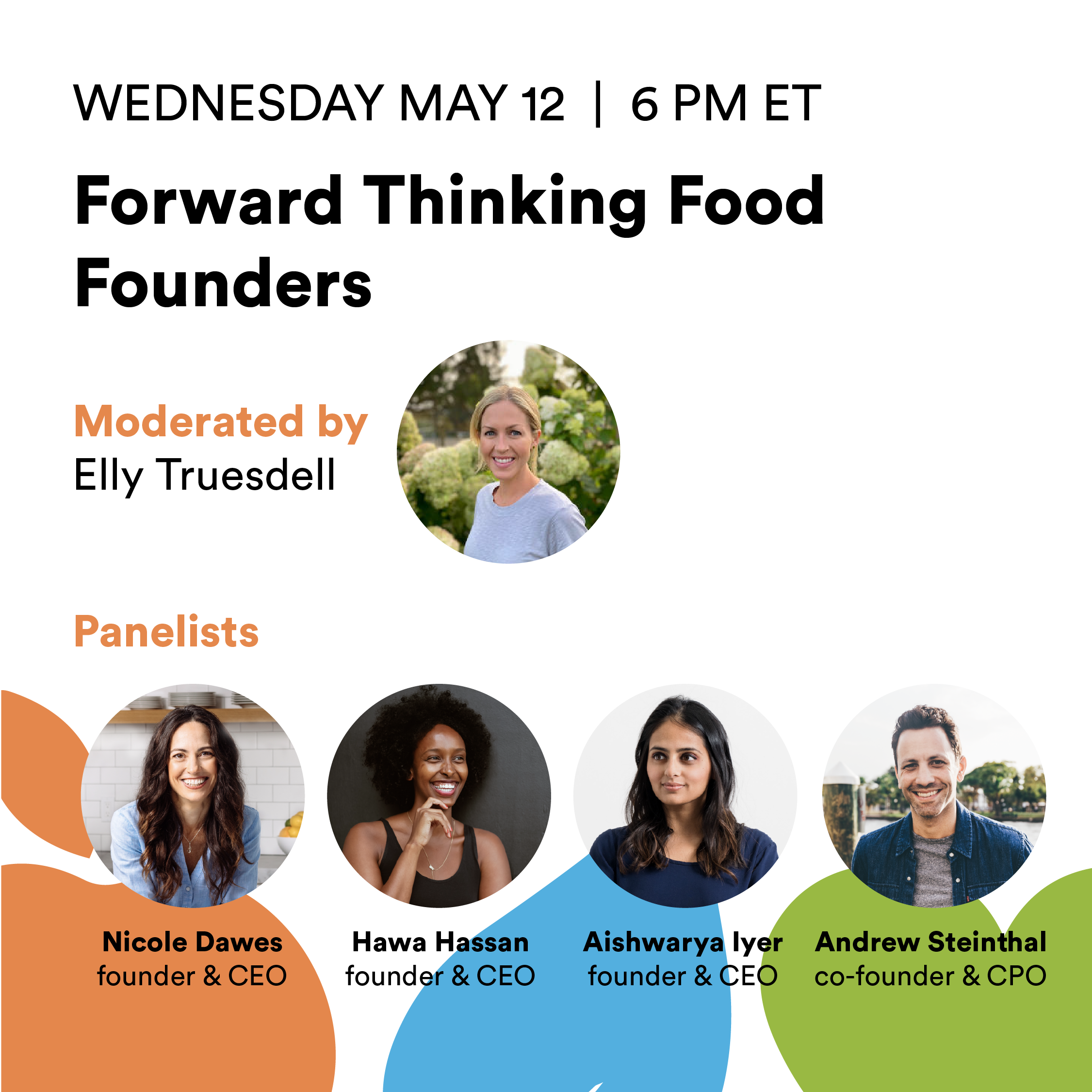 The second panel in our bi-weekly panel series that will explore the ways in which the food and wellness world have adapted to meet the COVID 19 pandemic head on, turning crisis into opportunity.

Nicole Dawes is a pioneering business owner whose lifelong dedication to transforming the food and beverage industry by creating delicious, organic options resulted in her founding Late July Snacks, one of the country’s most successful organic snack brands, in 2003, and most recently Nixie Sparkling Water in 2019. Nicole has been named among Food & Wine and Fortune Magazine’s ‘Most Innovative Women in Food and Drink’ and Forbes Magazine’s ‘Top Five Women Breaking Barriers in Food and Beverage.’

Hawa Hassan is the founder and CEO of Basbaas Foods and author of the acclaimed cookbook, In Bibi’s Kitchen (Ten Speed Press, October 2020). Inspired by the women of Africa, the book is a collection of recipes & stories from the kitchens of bibis — Swahili for grandmothers — from eight African nations that hug the Indian Ocean. In 2014, Hassan’s line of small-batch, hand-crafted organic condiments, Basbaas, was born. Inspired by the flavors of her native Somalia, its product line includes a dark tamarind sauce that defines sweet and sour, and a nubbly cilantro chutney with herbal, citric depth and just the right amount of heat.

Aishwarya Iyer is the founder + CEO of Brightland, a modern pantry essentials company based in LA that has been featured by the New York Times, Vogue, goop, Fast Company and more. Previously, Aishwarya spent over a decade in public affairs and corporate communications at various technology companies in both New York City and LA. She started her career at L’Oreal in the luxury products division at Lancome, and is a graduate of NYU’s Gallatin School of Individualized Study.  Aishwarya is originally from Texas, and now lives in LA with her husband and dogs, Crosby and Madison.

Andrew Steinthal is the Co-Founder and CPO of The Infatuation, a New York-based restaurant recommendation website and messaging service. Andrew uses his skill set as a former music business publicist to build deep, meaningful relationships with like minded brands such as American Express, Samsung, PAIGE, Anheuser-Busch, Whole Foods, Jameson, Airbnb, Delta and more. Steinthal was born in Manhattan and grew up in Scarsdale, where he still returns quite often to visit the Candlelight Inn and get dirty on a big sloppy bowl of wings. He’s scared of cheese, hates mushrooms, and refuses to eat olives. His true food passions include cereal, ice cream, and chocolate chip cookies. Weird, we know. Prior to going full time Infatuation, Steinthal was the VP of PR at Warner Bros. Records.