When schools across the country closed their doors in March of last year, we knew that we had to adapt our programming. We quickly went from in-person to virtual. As an article from our last newsletter described it, “Our WITS Chefs and Coaches have suddenly turned into script-writers, directors, camera crew, and video subjects all at once.” The virtual classroom was new territory for both students and educators alike.

There are many obstacles in virtual learning, but one that became apparent for some of our communities was technological and broadband accessibility. We had trained to teach our classes virtually over conferencing platforms like Zoom and Microsoft Teams, but how could we continue to work with our most vulnerable communities who could not access our content in an online format?

The answer to that question actually takes us back to 2015. WITS Chef Ricardo Diaz had just started at Wellness in the Schools and was teaching WITS Bits and WITS Labs at PS 55X, The Benjamin Franklin School in the Bronx. As Ricardo continued to work in the school over the years, his talents caught the attention of Principal Luis Torres.

In April of last year, Principal Torres shared with Ricardo that many students in the Bronx were unable to participate in virtual learning fully due to lack of technology and limited broadband. Data collected from the City of New York corroborates Principal Torres’ claim; nearly one third of New York City households lack a home broadband subscription. Furthermore, approximately 12% of New York City households do not have home access to a computing device of any kind. These percentages are even higher in many of the communities we work in, such as Claremont Village in The Bronx where PS 55X is located.

Principal Torres connected Ricardo with the staff at BronxNet, a public, educational, and government access cable TV network in The Bronx. The network was putting together a string of programming to air throughout the school day called Edulution, which airs educational content created by New York City teachers to help bring virtual education into homes where device or internet access was limited. BronxNet was looking for health and wellness content on Edulution, so we were invited to submit a pilot episode.

Not long after submitting a 15 minute pilot episode, a WITS BronxNet show was born! We were immediately featured bi-monthly for 30-minutes during prime time. The show has proven to be so popular that we were recently upgraded to a weekly 30 minute episode.

Starring WITS Chef and Registered Dietitian Nutritionist Ricardo Diaz, often accompanied by his sous Chef (and nephew) Sebastian, A Bite of Wellness puts some of our regular WITS programming on display, while also modifying the content to make sure it is relevant for the audience at this moment. WITS National Program Director Marion Williams, who produces the show, said that, “before developing an episode idea we always ask ourselves ‘What do the people need right now?’” This aspect of the show comes through clearly. The food that is cooked in episodes of A Bite of Wellness is always in season, featuring Green Market tours and local produce. Currently, during the cold winter months, we have featured a series on immunity, and ways you can incorporate immunity boosting ingredients into your diet. It’s not just a cooking show. 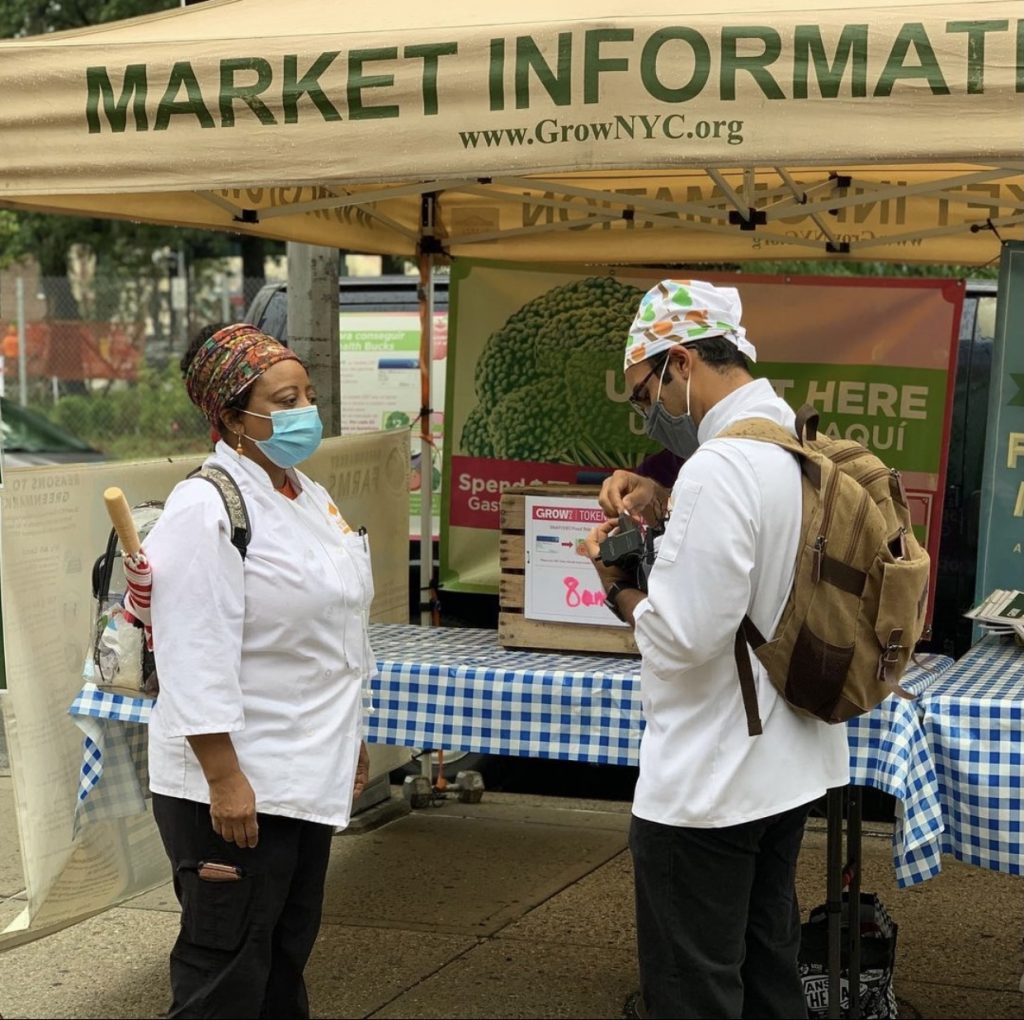 To Ricardo and Marion, A Bite of Wellness is all about accessibility. They know that in order to make cooking accessible, they need to show how to access the ingredients. There are multiple episodes of A Bite of Wellness that start in farmers markets. Marion and Ricardo have been to so many farmers markets in their WITS regalia that they are now recognized by market patrons! Farmers market episodes explain how one can use EBT and Pandemic EBT to pay for fresh produce at GrowNYC markets, and how to ask questions about the produce. By demystifying the farmers market and showing alternative ways to pay, Ricardo and Marion have made it easier for Bronx residents to access healthy ingredients and cook delicious meals.

This isn’t only empowering to viewers, but to Marion and Ricardo as well. Marion said that, “What A Bite of Wellness allowed us to do was to engage our communities and to see families in the Bronx at farmers markets to let them know that we are still here. Even though we have not been going into their schools in person, we’re still here…we’re still doing this work.”

To see the work for yourself, tune into BronxNet’s BX Inform channel (channel 70 on Optimum, 36 on Fios, or the live stream link here) on Monday at 6:30 PM ET. If you want to view clips or full episodes that have already aired then check out the A Bite of Wellness Youtube channel.