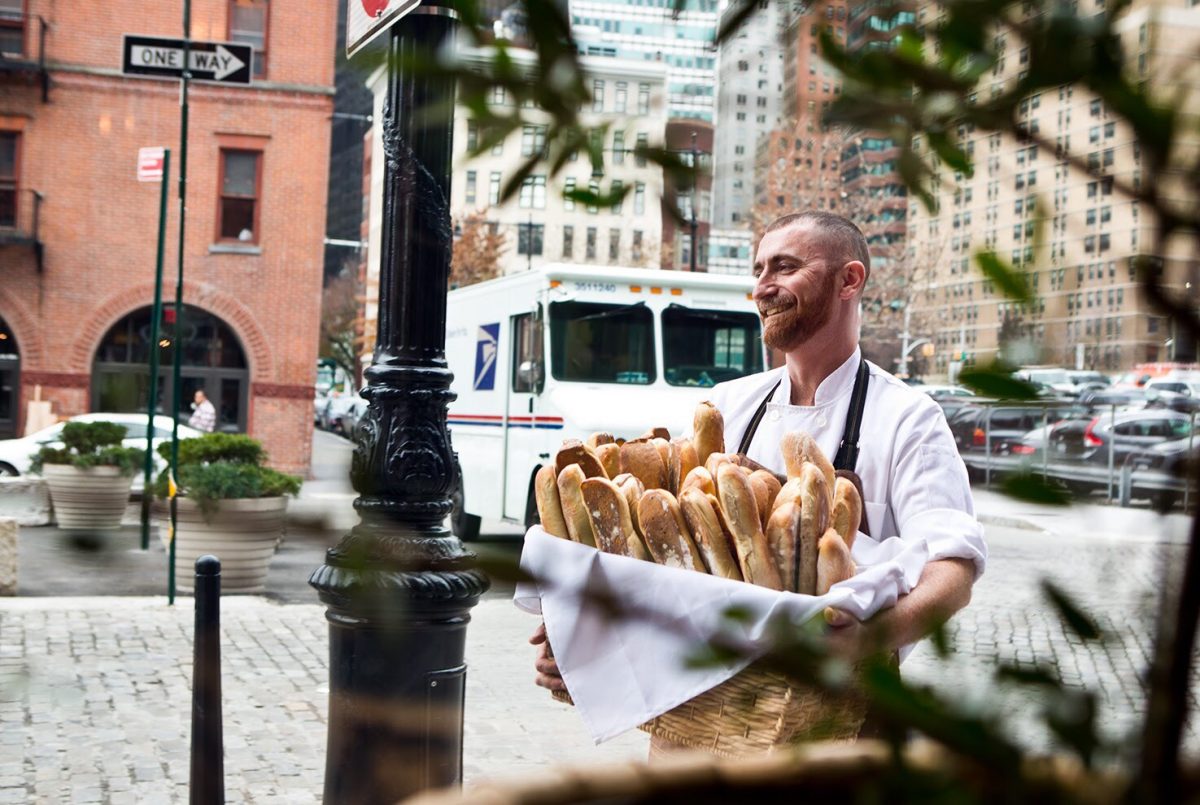 Chef Ivan Beacco is not sure how he heard about Wellness in the Schools, but he knows for certain that he was on the subway. It was more than 6 years ago, and he saw a flyer, or perhaps a WITS bag, while on his commute. He immediately became curious about the organization, and so he went online to learn more information. It’s been an incredible partnership ever since.

Chef Ivan’s talents speak for themselves – he’s been featured in numerous publications, was included in the annual publication of Best Chefs America in 2012, 2014, and 2016, and was also bestowed the title of Master Chef in Italian Cuisine by the Academia Barilla. He started his culinary journey when he was just 13 years old, and it was quite by chance. After completing his mandatory school education in Trieste, a coastal Italian city in which he was raised, he decided to attend culinary school after a conversation with a friend. Food had always been a part of his life; his grandma used to cook up huge feasts for the family, and he often spent time improvising in the kitchen with his cousin while his parents worked during the day. “I didn’t even know culinary school was an option, but the conversation made me realize it was something I wanted to explore,” he says.

Culinary school was definitely not easy. The first week, he washed pots and pans for a school of 80 people, and didn’t come anywhere near a knife. He reluctantly went back the second week after his father told him to give it another chance, and then realized with each passing week, as he started learning more skills, that he was choosing to do what he loved.

When he was 20 years old, he came to the United States to work at a restaurant in Westchester County. He took the train to Grand Central one day, and started walking down 5th Avenue with hopes to find a new job by asking restaurants along the way. He found success with just his second attempt, at a Union Square Hospitality Group establishment called Borgo Antico. While he didn’t speak any English at first (“I often communicated with my coworkers by drawings!”), he grew into the head chef position after starting as a line cook. 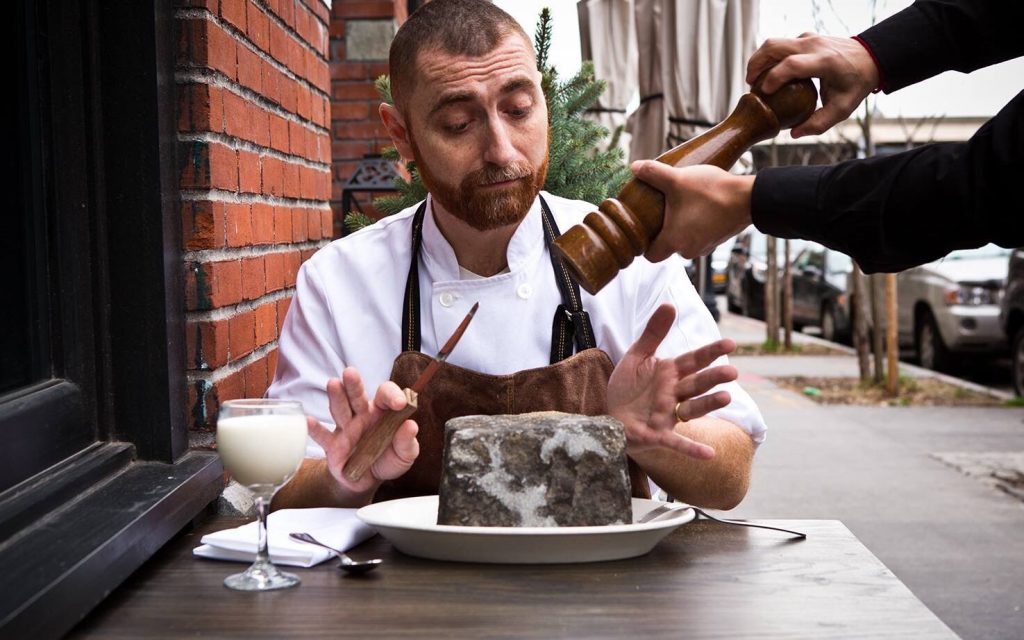 He spent 10 years in the restaurant business in New York City, and along the way he became a Chef Partner to WITS. While the restaurant industry is demanding, he realized that cooking for and teaching children was a whole different kind of challenge. “The first couple of classes at PS 7 were pretty intimidating, and it was really eye-opening and put me in my place,” he says. “I learned how to interact with different kinds of humans, in a way. Children don’t have an agenda, they don’t criticize you because they want to show something about themselves – they criticize because they really have something to say, and you really can’t make an excuse in return. It’s a little bit of a slap to reality, and makes you ask the questions like, how good at cooking are you really? How good of a communicator are you? How good of a person? That’s the beauty of it.” While being a Chef Partner gives to WITS, he states that he feels like WITS gives to him.

When asked about his favorite memory from working with WITS, he says there are many, but one interaction with a student stands out. While it’s easy to wow 1st and 2nd graders with vinaigrettes, it is a bit more difficult to engage the older students. Says Chef Ivan, “They want to show that they don’t care much! Some classes are very rowdy. But even in the roughest of classes, there are one or two kids who are very interested in what you have to say. They can’t show it openly, but it’s there.” There was one girl in 4th grade who Chef Ivan could tell was very passionate about what he was teaching. Eventually, she told him that she was thinking about going to culinary school due to what she’d learned in WITS Labs. “That’s something that is priceless. You made a difference, somehow. You can’t forget it – it doesn’t make your day, it makes your whole year,” he says. 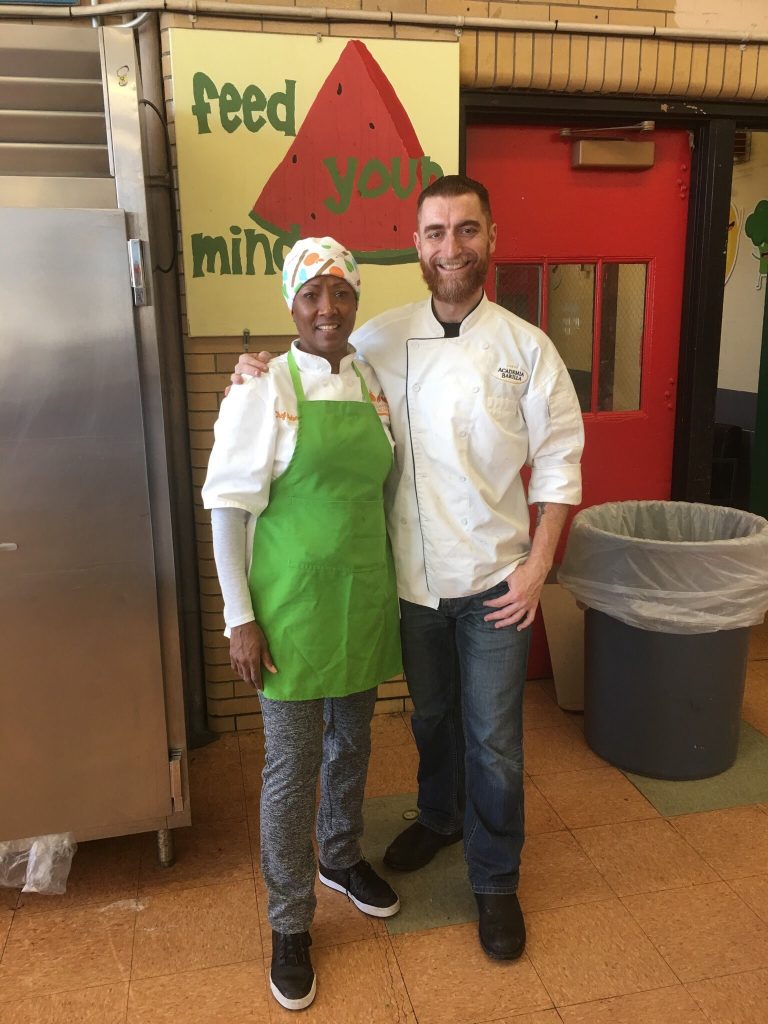 He realized that teaching people how to cook was something that he loved to do. The restaurant business had changed a lot over the years, and while he still loved it, it began to feel more like an emergency drill day after day. Raquel, the WITS Chef that he was working with at the time, told him that her friend was looking for a chef instructor. While the first couple of classes were intimidating, he noticed from the beginning that it was something he really enjoyed, and that teaching for WITS had prepared him well for it. He decided to take a leap of faith and start his own cooking classes. “It was scary. You’re leaving behind a fairly well paid job for something that may crash, but I decided that if there was a moment to do something like this, it was now.” And thus, Red Inside was born.

Chef Ivan knows that he wouldn’t be who he is today if he didn’t love what he did, and if he wasn’t committed to his passion. Cooking requires constant dedication, and he often compares it to being more of a parent than an artist. “It’s not 100% playtime – sometimes it involves changing diapers – but if you really love what you’re doing, you do it through the good times and the bad.”

If Chef Ivan could tell any child interested in cooking professionally one thing, he’d tell him or her, “There’s not always a 100% success rate, but it is a work of love. It should not be about the status, or money, or celebrity status. Love is really what will bring you further, and will help you learn from your failures. It’s not as much about innate talent. If you love what you do, there is a high chance you will succeed.”