Pastry chef Emily Luchetti has followed the work of Wellness in the Schools for years, but living and working in California had prevented her from getting involved in a hands-on way. So when WITS expanded our CookCamps to the Bay Area in 2017, the opportunity to make an impact excited her.

“I’d always wished I could be more involved in WITS because I believe so much in the work,” Luchetti said. “So when WITS arrived in California, I was the first one to raise my hand to get involved.”

Luchetti began her culinary career working in some of New York City’s top restaurants. After seven years in NYC, she moved to San Francisco in 1984 as part of the opening team at Stars Restaurant. Three years later, she transitioned to a pastry chef role and immediately found a renewed sense of creativity and inspiration on that side of the kitchen.

While Luchetti enjoys her sweets, she stresses the importance of balancing dessert within a healthy diet for both children and adults. She feels our society has come to expect dessert as a daily occurrence when it really should be a treat. This belief inspired her to found the “dessertworthy” movement to empower people to be more mindful of their sugar and fat indulgences. 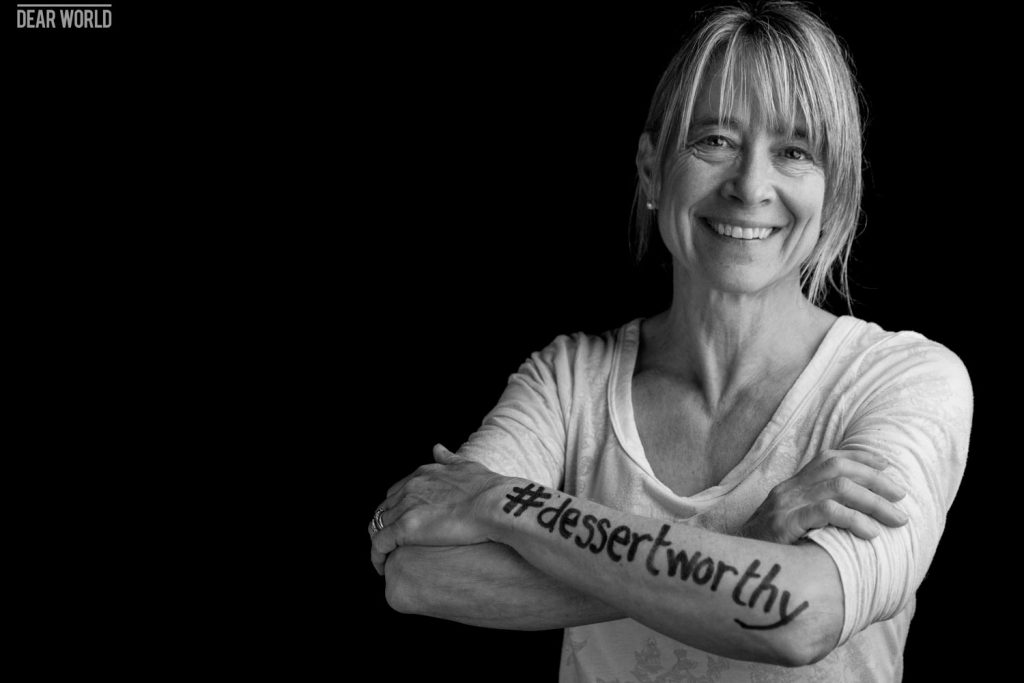 “I’ve always been interested in kids eating healthy food because none of us, as adults, can work productively if we haven’t eaten or have been eating poorly,” Luchetti said. “You get really ‘hangry’ and just can’t function. So how can we expect our kids to perform well in school if they’re not eating well?”

Partnering with Luchetti, who has amassed more than 30 years of restaurant experience, brings a special combination of expertise, credibility, and exposure to our work in California.

“Emily brings decades of restaurant experience to our work out west,” California Program Director Hollie Greene said. “Our partners are thrilled to benefit from not only her knowledge but also her hands-on and practical approach to supporting our district cooks.”

Thank you Chef Emily Luchetti @emilyluchetti for teaching our Hamilton Elementary students how to dress their ginger kale salad today in their @wellnessintheschools Lab! Can you hear that kale? Hint: when it stops squeaking we have massaged the dressing into it well!

WITS brought our Labs to California in 2015 when Hollie, one of our very first NYC cooks, moved out west. Hollie worked in one school, then six schools with the support of Food and Nutrition Services Director Miguel Villarreal. This fall, we launched our CookCamp model and have begun working with school food staff in the kitchen toward the goal of creating a full-year, seasonal menu.

Through the Golden Gate Dietetic program, a dozen dietetic interns have joined WITS in a win-win partnership, as our powerful but small California team gets some extra help and the interns receive an opportunity for hands-on experience with child nutrition.

“The interns get an up-close view of the preventive side of nutrition,” Hollie said. “It’s amazing when they see how much of a change they can make. A kid will come in saying he hates broccoli, and by the end of the day he’ll be stuffing his mouth with it.”

Wellness in the Schools’ vision of working in partnership with schools and driving systemic change resonates with Luchetti.

“WITS looks at the way the overall system works, and that’s how to make it a win-win for everybody,” Luchetti said. “It’s so important to recognize that the existing school workers and cooks are a valuable part of the solution. The people that are working in there are doing a really good job, and we just have to give them the tools and the resources to do an even better job.”

WITS will continue to grow in California next school year with the implantation of CookCamp, which Luchetti will help organize. CookCamp provides intensive, upfront training for school cooks so they can gain the necessary skills to prepare healthy, scratch-cooked meals for students on their own. The pilot program in Brooklyn last September was a major success.

Well-respected, passionate chef partners like Luchetti have been crucial in launching our work to new heights in other parts of the country. We’re excited to advance our impact in California as she blazes new trails with WITS.

Preheat the oven to 350°F. Line the baking sheets with parchment paper.

Spread the almonds in one layer in a small baking pan and put in the (preheated) oven. Set a timer for 10 minutes and check the almonds to see if they’re a light golden brown. If not, toast 2 minutes longer. Set aside to cool.

With an electric mixer or by hand, beat the butter, granulated sugar, and brown sugar until smooth. Add 1 egg, mix until well combined, and then add the second egg. Stir in the toasted almonds, oats, flour, baking soda, and salt until well combined.

Put 2 racks in the upper and lower thirds of the (preheated) oven. Place 1-tablespoon (slightly rounded, not flat, not heaping) mounds of dough 2 inches apart on the parchment-lined baking sheets. If you have one you can also use a small ice cream scoop to form the cookies and plop them out onto the sheets (it’s much faster and easier).

Flatten the mounds slightly with your hands or the bottom of a glass. Bake for 10 to 12 minutes, until the cookies have browned lightly on the edges but still are soft in the middle if you press them lightly with your finger. Although they may seem underdone, don’t be tempted to let them bake longer— they’ll firm up as they cool. So that the cookies bake evenly you may need to rotate the pans in the oven or switch racks halfway through.

Let the cookies cool to room temperature before removing them from the parchment (if you can wait that long).